How I Deal with People Staring at Me or My Wheelchair

When you have a visible disability and someone looks at you and begins to watch you, i.e., stare at you, you may begin to feel uncomfortable. Myself, I am very introverted and being stared at has always been hard for me to handle, even after 21 years in a wheelchair. In the early years after I first became disabled I reacted to being stared at with aggression: I would give people dirty looks; say “Can I help you?” in a sarcastic tone; I even made rude hand gestures a few times.

While this may have had the desired effect in the moment – the person would cease their staring – in the long run I found I was only hurting myself. My aggression on the streets would turn into tears when I got home. I may have felt like I was standing up for myself in public but in private, I knew that that aggressive person was not me but someone I felt I was forced to be. I had never had to protect myself against such intense public scrutiny before, and I didn’t know how else to do it but to snarl and bite. After several years I had become a bitter person – and I was still in my twenties. I began to think about the fact that I may have many more years left to live…and did I want to live them as a bitter, angry, closed-off person? How was I to ever find any joy, any happiness in my life if I became full of rage every time I went out my front door? No, it wasn’t right that I was being stared at – but I couldn’t get away from it. Something needed to change. And since I couldn’t change every person who stared at me, the thing that needed to change was me. 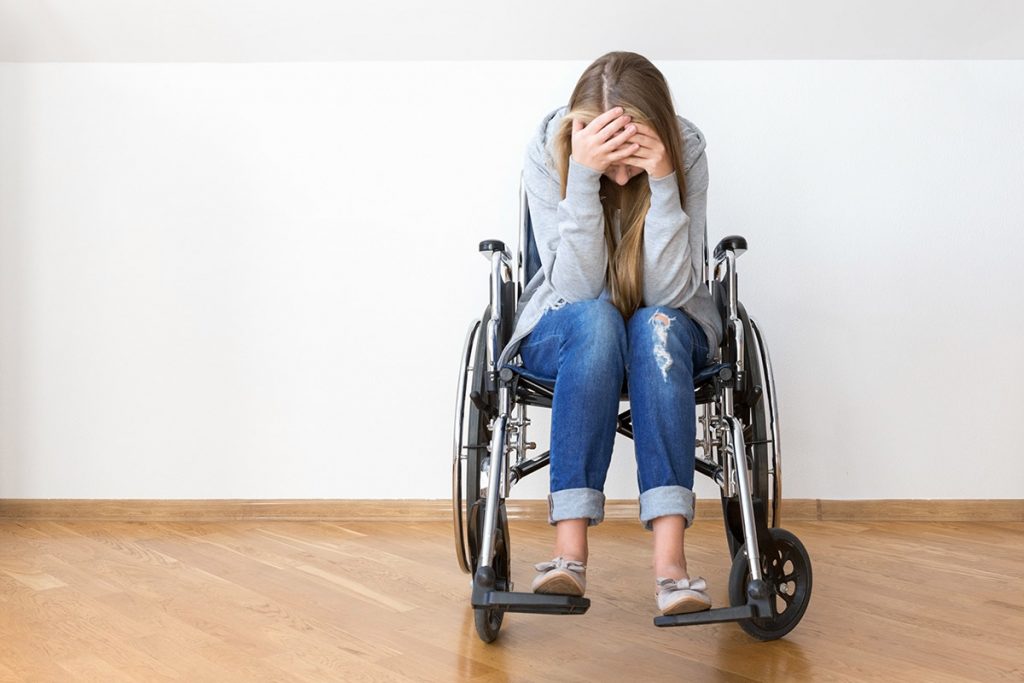 I found I was only hurting myself. My aggression on the streets would turn into tears when I got home.

I started to keep in mind that humans are programmed to notice patterns – which means we are also prone to notice when things look different. When you have a physical, visible disability, it’s important to remember the difference between someone noticing you, and someone staring at you. It’s a bit unrealistic to expect people to not notice that there is a person with a disability in their field of vision – for all of our numbers, a person likely does not see many of us in their day-to-day life, especially in less populated areas. I know that for myself, after so many times of being stared at I found myself primed to react to it – even if the other person was simply glancing at me. I had become so wound up from years of staring that a mere look my way from another person could send my stress levels rising. Realizing that people noticing me was a normal, human thing for them to do went a long way towards reducing my public stress levels.

How to Deal With People Staring

But what do you do when noticing has definitely turned into staring? I have several techniques I use to deal with this (and none involve rude hand gestures this time):

Remember, it’s not about you

Awareness and respect of people with disabilities is still in its infancy, relatively speaking. Unfortunately, many people still feel that it is OK to stare or make ignorant comments, just as people have done to other minority groups throughout history. This is changing, but slowly. And just as with discrimination towards people of other groups, it’s not about you as a person, but how others perceive you. Knowing your own worth, and holding onto that knowledge, is key.

OK, maybe you don’t have to smile if you don’t feel like it. But waving will remind people that they are seeing a real person — not just a wheelchair, walker, or a disability. It sends a simple yet powerful message: “Hello, I am here and I see you.”

Stare back with a neutral expression

This turning of the tables takes a bit of bravery and a lot of practice. I’m particularly fond of this technique because I feel it is an equalizer. I’ve found it’s most effective when my face is kept totally blank: no narrowed eyes; no furrowed brow; no signs of aggression. I just passively watch them watching me. It usually takes a few moments before the starer catches on to what’s going on, but once they do they often become uncomfortable when they realize that somebody is staring back at them, and they look away. But once in a while they will continue to stare – and at that point I have to decide whether or not I feel like having a staring contest with another adult that day. Maybe I’m on my way somewhere, and I don’t have the time; maybe I’m getting a weird vibe and I don’t feel safe; or maybe I’m having a bad day because of chronic pain or depression, and I just don’t have the mental strength to deal with it. I don’t need to “win” every time. Knowing that I tried to stand up for myself is enough.

All the world’s a stage

This one is for all you current and former theater kids out there. One day I was laying in bed, thinking about how hard it was for me to go out in public because of all the attention I was getting. I said to myself, “It’s like I’m on stage all the time!”  And something clicked. What if I pretended that I was on stage? What if I changed the rude bystanders into my audience members? Of course, I knew it wouldn’t be real, but at the time that I thought of this I was desperate: it was very early on in my disability experience, and I had become essentially housebound because I could not stand the public scrutiny.

I recalled my high school theater days, and how I, as an extremely shy student, seemed to become another person on stage: someone who could speak loudly; speak often; and be expressive like I never was in everyday life. What if I could harness that same energy when I was out in public? Yes, it would mean that I would have to put up a certain type of wall – the actor is separate from her audience, after all — but I would be able to leave the house!

The first time I tried it was nerve-wracking, but stage fright is normal, no? With shaking hands and a pounding heart, I wheeled myself out onto my public stage. My first performance was called “Woman Goes Shopping at the Grocery Store.” I may or may not have dropped a pear (props can be tricky). I don’t know if people enjoyed the performance, but, as per usual, they did seem quite interested.

When I stepped off the stage (read: arrived home), I found that I did not feel as battered and hurt as I had after previous public outings. I was a bit drained, for being on stage does require an output of energy, but somehow playing the character of Me made me feel more protected – rather than going out as the raw, vulnerable self that I was at the time. 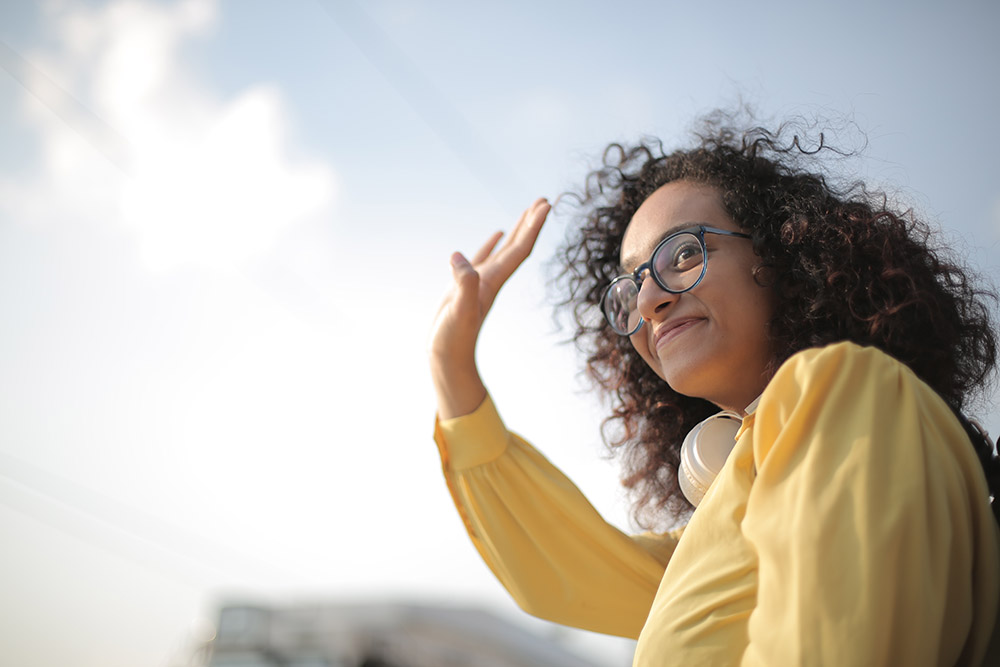 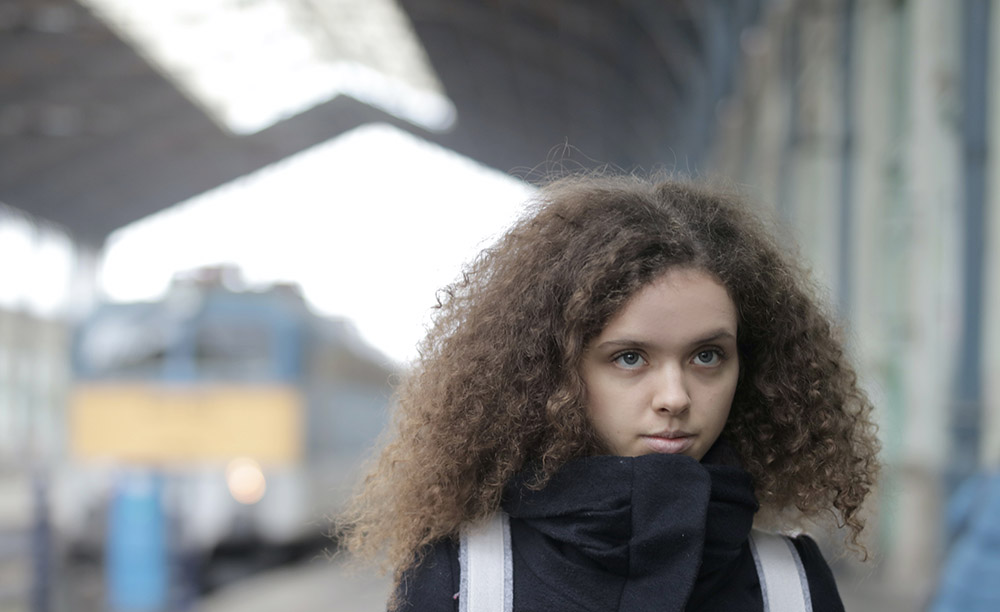 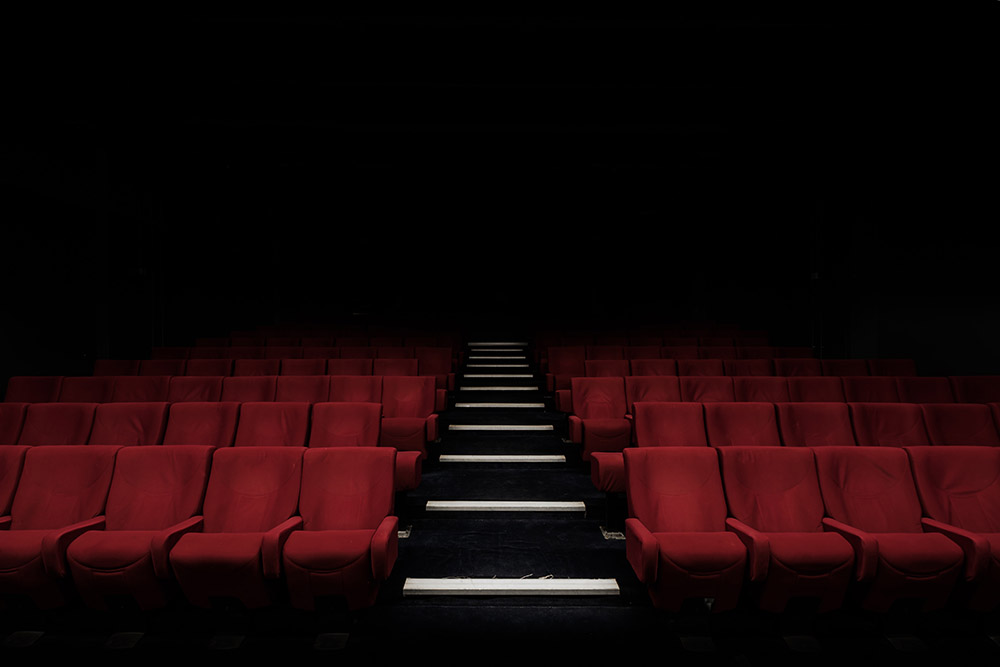 playing the character of Me made me feel more protected – rather than going out as the raw, vulnerable self that I was at the time.

Again, you can’t change the minds of everyone who stares at you…but you can help effect change for the disability community, which can go a long way towards easing stress in your own life and reducing feelings of hopelessness that can come when you feel like you have no control over how you are being treated. I was a part of my local transportation’s citizen’s advisory committee – a volunteer position – where I helped to reduce the fares of our paratransit system. But you don’t have to join a committee to try to change things.  Sometimes simply writing a letter or making a phone call can be enough. I often recommend that people check out local opportunities for change if they can, because that can sometimes produce satisfying, tangible results. Here are a few ideas to get you started:

– Local government: City council meetings and citizen’s action committees often have space for the public to share their opinions and speak up about problems that need addressing.

– Businesses: Are there stores or shops you frequent, or wish to frequent but can’t, that have accessibility issues? You can try speaking or writing to the managers or owners about these issues, in a friendly way. They may not know it’s even an issue and may fix it right away. Or you may meet resistance and need to be firmer about it. Or – and this can be the most frustrating – you may get a friendly promise, over and over, that it will be fixed, yet it does not get fixed despite your persistence. Again, this is the time when your friendliness ceases to work and you may need to become firmer in your requests. The squeaky wheelchair gets the grease.

Being in public with a visible disability can be difficult, especially if you are someone who is not used attention and doesn’t particularly like it. I’ve given some tips here to try and help ease that difficulty, but it’s also important to honor the anger you may feel having to deal with such public scrutiny – because in the end, no one should be stared at as if they are a circus sideshow. When I encounter a person with a disability who reacts to staring with anger, I do not judge them because I know what it is like to live with that unwanted and unasked for attention, day in and day out. My aim is not to tell you that you shouldn’t be angry about it. Rather, my aim is to peel away the layers of helplessness and fight against the hopelessness that can suffocate our spirits.

Being in public with a visible disability can be difficult, especially if you are someone who is not used attention and doesn’t particularly like it.

How can evika help you?

evika is an educational platform. We don’t sell anything!

We provide information that can help people with disabilities make decisions about what technology can help with their specific needs.

About Us
Send Us Feedback
Advertising and Products

We look forward to reading your message!

How can we improve?